“AYINET helped me to live a productive life again” 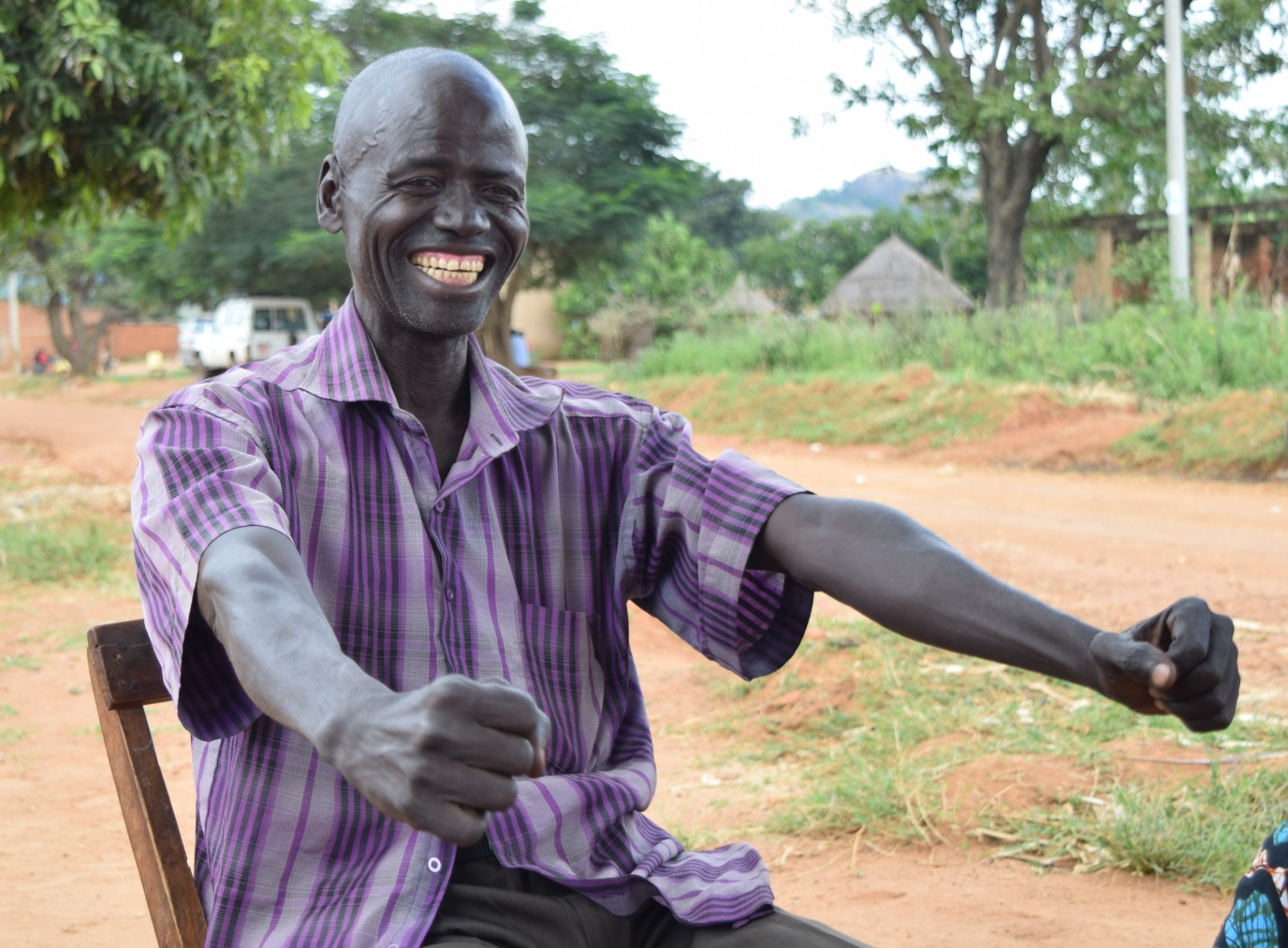 The Lord’s Resistance Army (LRA) rebellion in Northern Uganda that started in 1987 and lasted for almost 20 years affected thousands of people in the region. Many people were forcefully abducted and recruited as fighters, which caused many injuries and in some cases deaths.

Ochaya Bosco, now aged 55 years, is one of the victims of LRA abductions. He was captured in 2006, from Kasasiro Village, Omiya Pacwa sub-county in Agago District - Northern Uganda. Fortunately, he managed to escape a few days after, following a rescue mission by the Uganda People’s Defence Forces (UPDF). His escape, however, did not mark an instant transition to freedom. A splinter from a bomb shelled in the crossfire during the rescue mission had entered his right arm shoulder and got embedded.

For about 13 years, Ochaya suffered both physical and psychological pain. “I had a lot of pain. I couldn’t stretch my arm and I couldn’t engage in any productive work to support my family,” Ochaya narrates, adding that he felt useless whenever he saw his wife shouldering the burden of taking care of the family. Ochaya’s wife, Margaret Arach, says that her husband lived with so much pain for many years and could no longer play his part as the head of the family. “The responsibility to look after the family shifted to me... I would work a lot, and with time, I started feeling pain in my body as well. Life became so difficult that at one time I thought of giving up,” she reveals.

Ochaya’s luck unfolded when he met Justin Toonyero, AYINET’s mobiliser based in Agago District. Justin’s role involves identifying conflict victims who need support such as counselling and medical treatment, and connecting them to AYINET for support. In 2019 while at Kalongo Hospital, Justin saw Ochaya suffering from pain. On further interrogation, Justin got to know that Ochaya had a bomb splinter in his shoulder that required a medical operation. Justin informed Ochaya about AYINET’s rehabilitation programme. “Ochaya was happy to hear this opportunity because he couldn’t afford to pay for the operation to remove the splinter,” Justin recounts.

Ochaya was taken by AYINET to St. Joseph Hospital in Kitgum district, where he underwent a medical operation. “Two weeks after the operation, I was not feeling any pain. After four weeks, I resumed digging in my gardens,” he says with joy. Following his successful medical operation and recovery, Ochaya thanks AYINET countless times. “I had pain in my body and mind. I lived like a disabled person, but right now I can freely associate with my people in the community, and I am once again able to work for my family and take care of their needs. Thanks to AYINET,” Ochaya appreciates. Ochaya is one of the hundreds of conflict victims who, over the years, have gone through gruesome experiences in their lives, but have found life worth living again after undergoing rehabilitation with AYINET’s support.