“World Voices Uganda helped us to regain our land” 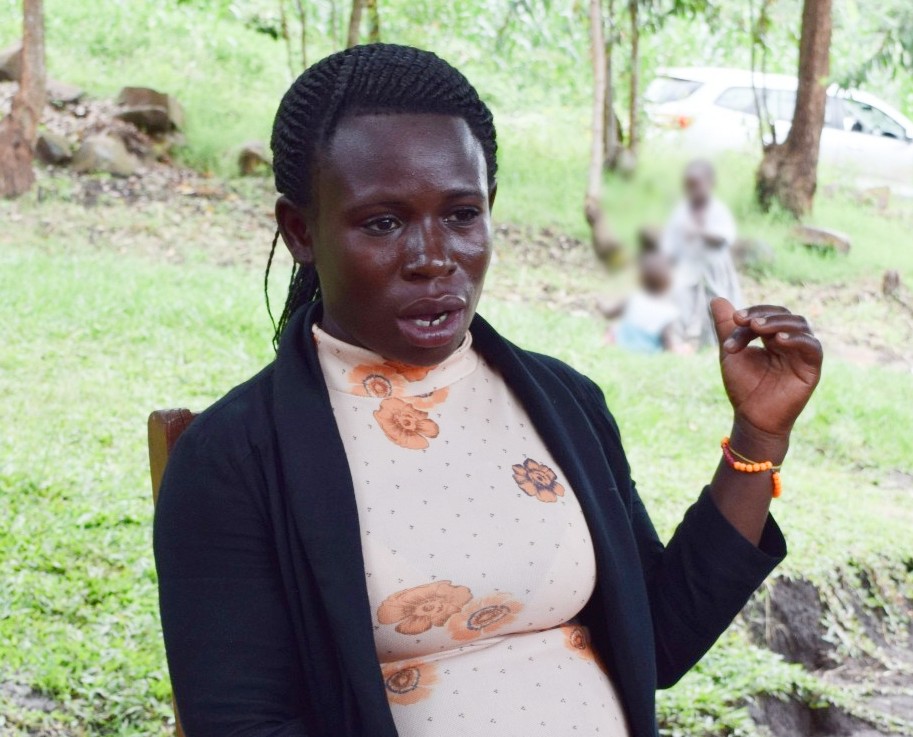 This story recounts a struggle that lasted several years and ended in 2019 when Isingoma (not his real name) accepted to surrender a piece of land he had grabbed from his orphaned nieces - Grace Kowari, Janerose Businge, and Beatrice Kugonza, now in their 20s – following the intervention of World Voices Uganda (WVU). It all began when the trio lost their father, Mikairi Balisanyuka, in 2001. Grace says that at the time their father died, they were minors. They therefore remained under the care of their uncle, Isingoma, who took over a piece of land and building materials their father had left behind in Kicwanyindo Village, Kagadi District in Western Uganda. Over time, Isingoma sold part of the land, purportedly to pay school fees and medical care for the girls. He used the building materials to put up another house in a nearby village. With time, life became tough for the three orphans. They dropped out of school, and later on, Isingoma told them to start fending for themselves.

This situation forced Grace to enter into an early marriage at the age of 15 years. When the marriage failed, Grace returned to Isingoma’s home, but he insisted that she had to take care of herself. Eventually, Grace and her sisters left Isingoma’s home and rented another house amidst hardships. While the orphans were struggling to survive, Isingoma and his sons had taken possession of the remaining part of the land and were using it to grow food. For a long time, I and my sisters tried to involve the local leaders to help us get our land and the building materials back, but they could not do much,” Grace says.

In 2019, Grace heard an advert message on one of the community radios about WVU that they help vulnerable people with land issues. The sisters then went to their office in Kagadi Town Council for support. Sharon Amuno, a legal aid officer at WVU, says that when Grace and her sisters approached them with a complaint against their uncle, WVU opted for alternative dispute resolution through mediation. “After inspecting the land, we convened several meetings attended by community members and leaders to resolve the issue. We sensitised them on succession law and rights, as well as the implication of violating them,” Amuno says.

Isingoma acknowledged his wrongdoing and apologised to his nieces. He surrendered the remaining unsold piece of land to them and promised to construct a house for them. At the end of the mediation, they signed a memorandum of understanding witnessed by community members, local council leaders and WVU staff. By the end of 2019, the three sisters had regained their land and construction of the house had started. As they wait for the completion of the house, Grace says, “We had lost hope of recovering our land, but with WVU’s intervention, we are using it to grow food.”

END_OF_DOCUMENT_TOKEN_TO_BE_REPLACED

DGF Annual Report 2019
Mid-term Assessment of the State’s Progress in the Implementation of the Recommendations on HRDs under the 2nd cycle of the UPR
DGF Quarterly Newsletter: July to September 2020
Special Newsletter on DGF Implementing Partners’ Response to COVID-19, Issue 3, July 2020
END_OF_DOCUMENT_TOKEN_TO_BE_REPLACED