"Although my eye sight is poor, I voted with the help of my grandchild" 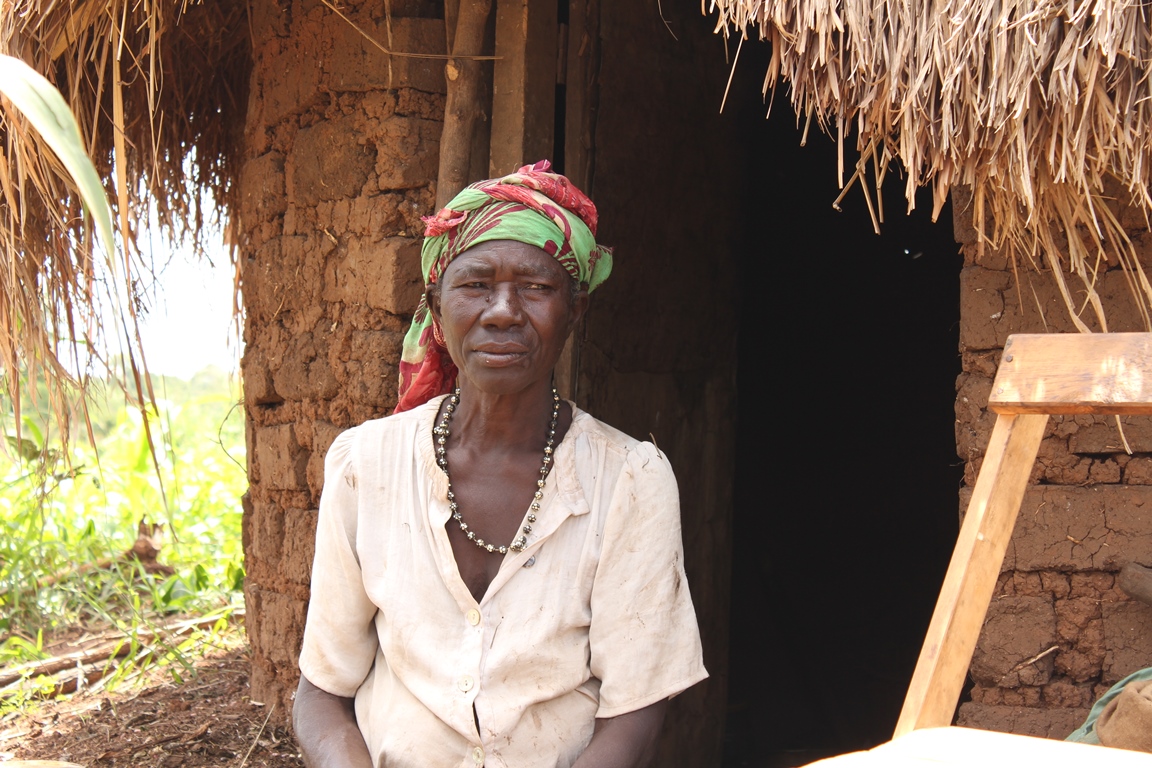 Eight miles through unwinding forests and plantations of sugarcane, the DGF team met 60-year old Nyakaisiki Mary at Kisuga Trading Centre in Masindi District. She was relaxing with her two favourite friends, 31 years old Dolica Nyakiri and 51 years old Margaret Birembio at the trading Centre. The trio are not ordinary friends. Mary has poor eyesight, Dolica is dumb, and Margaret is illiterate. Despite their disabilities, they recently exercised their civic rights by voting in the last national elections, for the leaders they desired.

It all began when Masindi District NGO Forum (MDNF) began sensitising communities on their electoral and civic rights. They did so, on radio Kitara FM and held face to face sessions in Miracle Church where the trio prays. MDNF Voter Educators (VEs) particularly invigorated the people with various disabilities to ensure they exercised their voter rights. The VEs encouraged them to seek for help from minors in their homes to be able to reach their polling stations and go through the voting process. Mary and her friends heeded this advice. They made up their minds to exercise their rights to vote in the 2016 general elections. They took courage and held lengthy discussions with the VEs on how they could be assisted to vote. After years of not voting, Mary and her friends were finally able to make it to their polling station at Zebra Church of Uganda on 18 February 2016 to cast their votes.

At exactly 11.46 am, Mary was assisted by her 14 year old granddaughter, a pupil of Kinyara primary school, who helped her through the polling procedures and enabled her to successfully cast her vote. She received the indelible ink on her hands, a clear indication that she had exercised her right as a citizen of the country. Her friends followed suit, hand in hand assisted by the young girl. Mary is happy; “I am glad I have finally been able to vote for a candidate of my choice”, she narrates with a wide grin and a loud clap!

END_OF_DOCUMENT_TOKEN_TO_BE_REPLACED

Mid-term Assessment of the State’s Progress in the Implementation of the Recommendations on HRDs under the 2nd cycle of the UPR
DGF Quarterly Newsletter: July to September 2020
Special Newsletter on DGF Implementing Partners’ Response to COVID-19, Issue 3, July 2020
Press Freedom Index Report 2019
END_OF_DOCUMENT_TOKEN_TO_BE_REPLACED