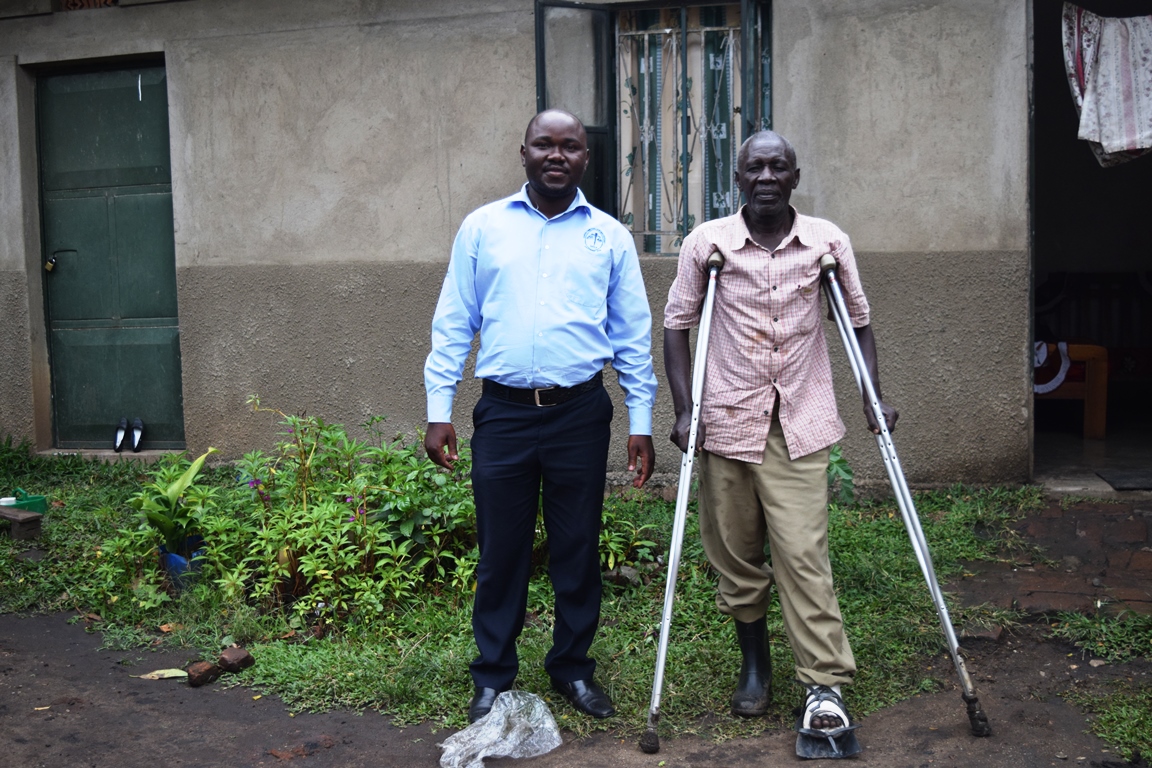 Once a Bishop’s driver, Mr. Kanyaruguru Ivan (62 years old) purchased land from Kambere Dominiko in 1974 at a cost of 500/= Uganda Shillings, in his youthful days to prepare for his retirement.

Bordering Kanyaruguru’s land was another piece of land which belonged to an old man, who had no family. When this old man died, the community decided to give his land to Rwenguhyo Primary School for the construction of a school playground, thus the school became Kanyaruguru’s neighbour. In 1978, the school approached Mr. Kanyaruguru with an intention to buy part of his land that was close to the playground and they agreed that the school pays him 1000/= Uganda Shillings. However, the school did not honour the agreement and so Kanyaruguru retained his land and he grew a banana plantation.

Later Rwenguhyo primary school trespassed on Kanyaruguru’s land and started harvesting his bananas. Kanyaruguru then reported the school to the Local Council (LC1 which summoned the two parties mediated the case and agreed that the school pays Mr. Kanyaruguru for the land if they still had interest to purchase it. Even then the school did not honour the LC mediation agreement but went ahead with trespass. Mr. Kanyaruguru ran out of patience and decided to sue the school for grabbing his land. “I filed a case in court though it was dismissed for failure of payment of court fee which I had even paid. The school management had connived with court officials and the receipt was removed from the file while I attended to my wife at Mulago hospital in Kampala. Helpless at the point, a friend advised me to approach Uganda Christian Lawyers’ Fraternity (UCLF) in Kasese for advice.” Said Kanyaruguru.

When Kanyaruguru approached UCLF, they filed an application for review of the order dismissing civil suit no 011 of 2015 which was allowed on the 22nd /1/2016. A plaint and mediation summaries were drafted and filed in court and on the 6/12/2016, the judgment was pronounced in favour of Mr. Kanyaruguru, the UCLF client. The School was ordered to vacate the land with costs awarded to Mr. Kanyaruguru.

The now elderly Kanyaruguru accessed justice through free legal aid without which he could have lost his land since he could not afford the open market legal services.