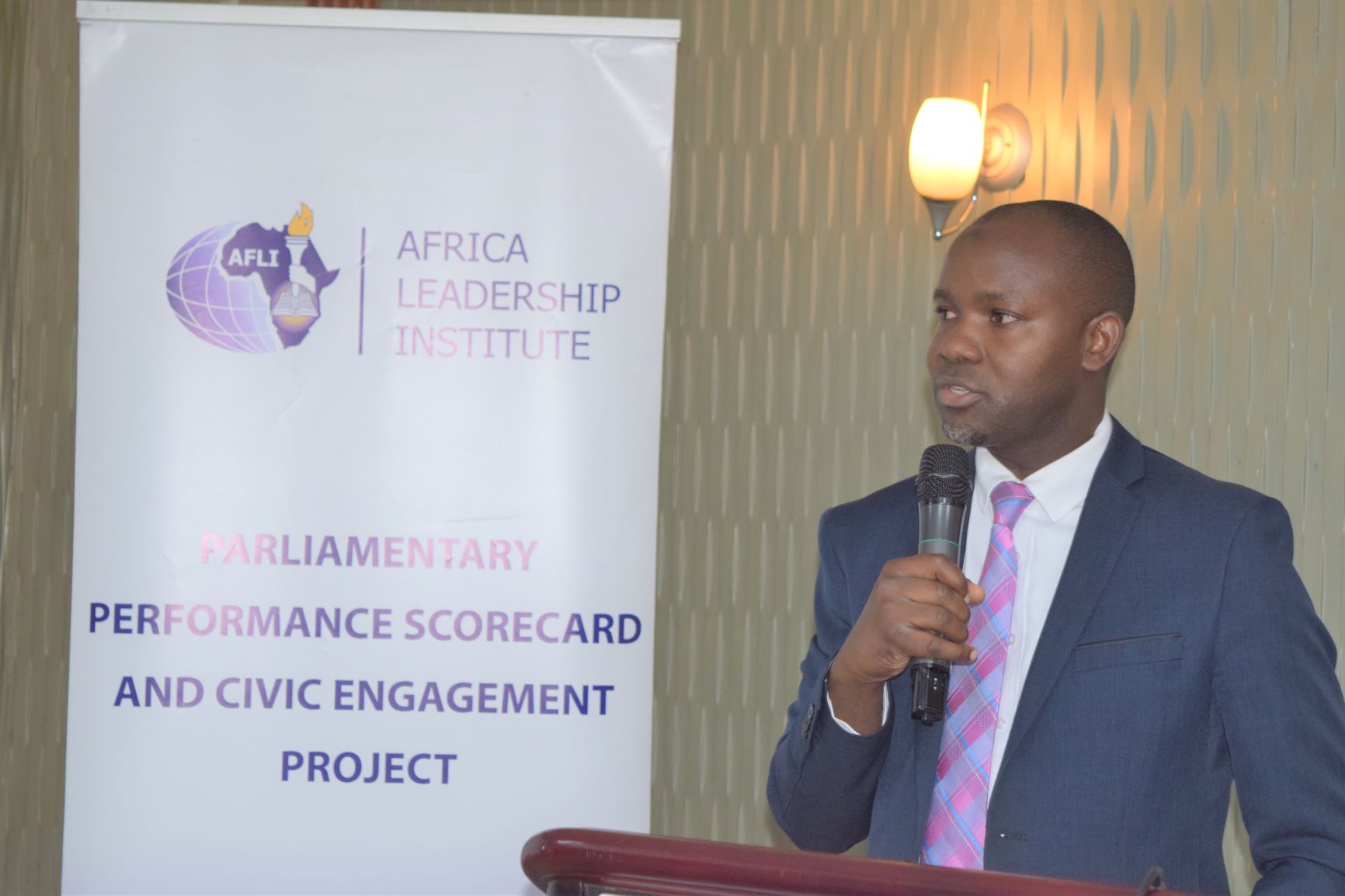 The Africa Leadership Institute (AFLI) in partnership with Uganda Management Institute (UMI) launched a policy brief in which they called upon media regulators to integrate human rights in the regulation of media practice in Uganda.

Speaking at the launch of this brief, on 10th March 2020, at Hotel Africana in Kampala, the Executive Director of AFLI David Pulkol explained that the Policy Brief is informed by the worrisome trend of abuse of media rights in Uganda.

According to the 2019 World Press Freedom Index , by Reporters without Borders, an international organization that ranks media freedom, Uganda was ranked no.125 out of180 countries in press freedom observation.

“We have been moving from nos. 101, 117 and now at 125,” Hon Pulkol said and further explained that the drop in ranking has been blamed on increased restriction of media freedoms including taxation of social media usage, arrests and beating of journalists covering either demonstrations or responses to disagreements, issuing orders to media operators to suspend and expel journalists who cover ‘controversial’ activities and  the switching off of some radio stations that broadcast content on such ‘controversial activities’.

Mr Chris Kayonga from Wizarts Foundation, an organisation that produces radio and television programmes for positive social change, called upon the regulators, including Uganda Communications Commission (UCC) and the Police, to protect journalists and advocate for a safe working space.

UCC’s Head of Legal Affairs, Waiswa Abudu Sallam, said the institution (UCC) is obliged to guide journalists on how they should do their work. “…it has been affirmed by participants here that content quality is low and the quality of our journalists is wanting. This is why we (UCC) are in existence, to regulate the media for good programming,” he said.

The policy brief recommends that Government of Uganda should embrace a holistic approach to media regulation to include; protection of media freedom and human rights, recognition of information as a public good, capacity building for media practitioners, expeditious law reforms to integrate media freedom as a fundamental human right and establishment of laws to sanction individuals who abuse media privilege.

The development of this policy brief is part of AFLI's bigger project supported by the Democratic Governance Facility (DGF) on Parliamentary performance scorecard and civic engagement. The project aims at enhancing the democratisation process in Uganda through facilitating active and informed citizenry to demand for accountable and responsive leadership.