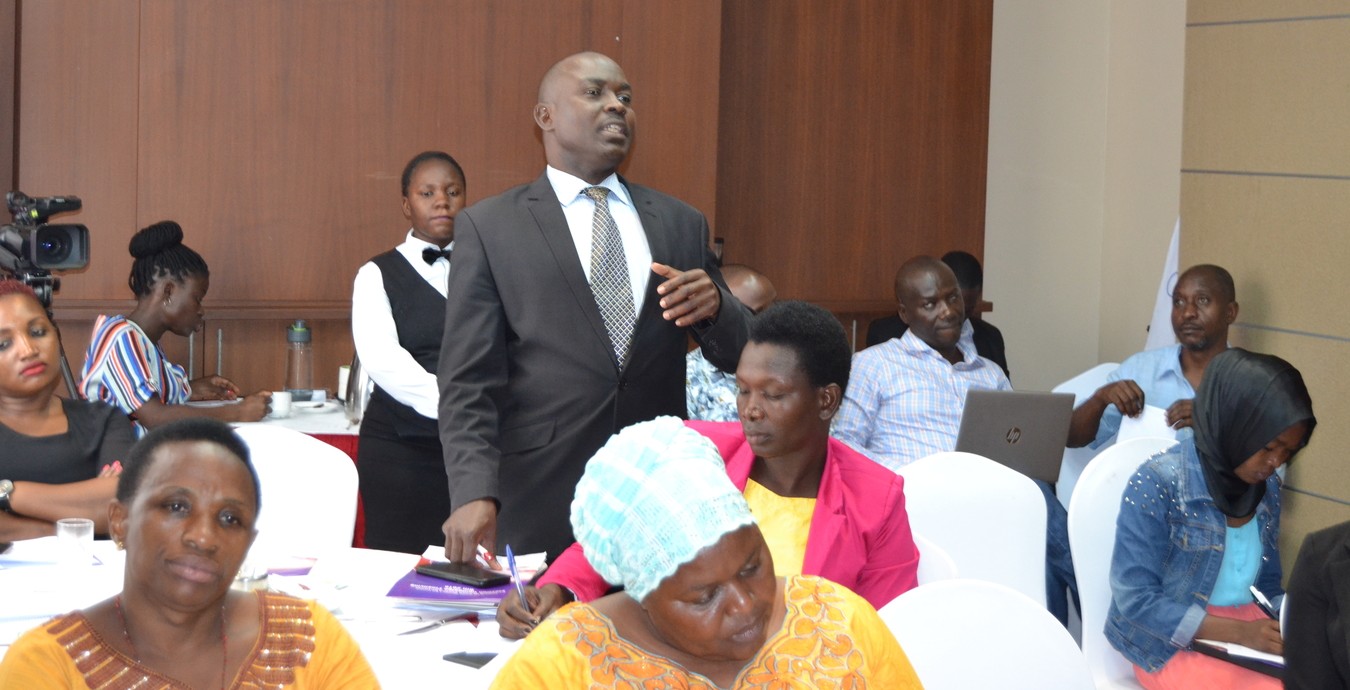 “…While use of money is essential for election campaigns, excessive money can sway democratic politics… it causes unsustainable levels of debt among elected leaders, corruption, and uneven playing field in elections”.  This statement was made by Mr. Henry Muguzi, the Executive Director for ACFIM during a consultative meeting with members of the Uganda Women Parliamentary Association (UWOPA). Held at Sheraton Hotel on 22 August 2019, the meeting was intended to share ACFIM’s perspectives and recommendations with the MPs, on the electoral amendment bills which seek to regulate electoral financing.

The recommendation from ACFIM - a partner of DGF - include: disclosure of sources of funding, bank accounts, and budget for the whole electoral/campaign cycle; barring of donations and fulfilling of pledges during electoral campaigns; specifying limits to the amount of cash or in-kind contributions from individuals, entities or organisations to a particular candidate; specifying spending limits for candidates involved in election campaigns; filing of campaign finance reports at the end of elections;  and instituting of heavy penalties for noncompliance including annulling the election and barring culprits from contesting for political offices for a period of 5 years.

In the subsequent deliberations, the MPs shared various experiences and insights with ACFIM on the realities in the electoral processes.  For example, on specifying limits to the amount of cash or in-kind contributions that can be made to a particular candidate, the MPs noted that the prevailing reality points to the contrary.  “…instead of contributing money and other resources to candidates who express interest to contest, the voters often opt to ask for money from them” said Hon. Ruth Nankabirwa the Woman MP for Kiboga District, adding that the pressure voters put on candidates compels them to overspend.

The MPs further shared that some of the money used in campaigns is kept on mobile money accounts, and some contributions are given to candidates in cash.  Therefore, monitoring bank accounts to know money received and spent, may not provide adequate information. For accountability of funds used during campaigns, the MPs noted that sometimes the nature of transactions may not provide adequate documentation to support accountability. For example, bodaboda transport is an informal business, and the operators may not issue receipts to people who use their services.

The MPs made a rallying call for deeper reflection on how fairness and donations during campaigns should be handled.  They decried the current practice whereby many aspiring politicians tend to begin electioneering soon after the elected leaders assume office. “…They make donations at any given opportunity, print campaign materials such as posters and T-shirts, to the disadvantage of the incumbent leaders” said…  adding that there is need to have a law that specifies when an election cycle/campaign period should begin and end.

The above engagement demonstrated clearly that commercialisation of elections is a bad practice that requires redress.  While the MPs expressed support for enactment of a law to regulate electoral financing, they also called for intensive and comprehensive civic education on the dangers of commercialising elections so that citizens play a role in addressing it.

END_OF_DOCUMENT_TOKEN_TO_BE_REPLACED

DGF Annual Report 2019
Mid-term Assessment of the State’s Progress in the Implementation of the Recommendations on HRDs under the 2nd cycle of the UPR
DGF Quarterly Newsletter: July to September 2020
Special Newsletter on DGF Implementing Partners’ Response to COVID-19, Issue 3, July 2020
END_OF_DOCUMENT_TOKEN_TO_BE_REPLACED