Journalists commit to protect and promote human rights in Uganda 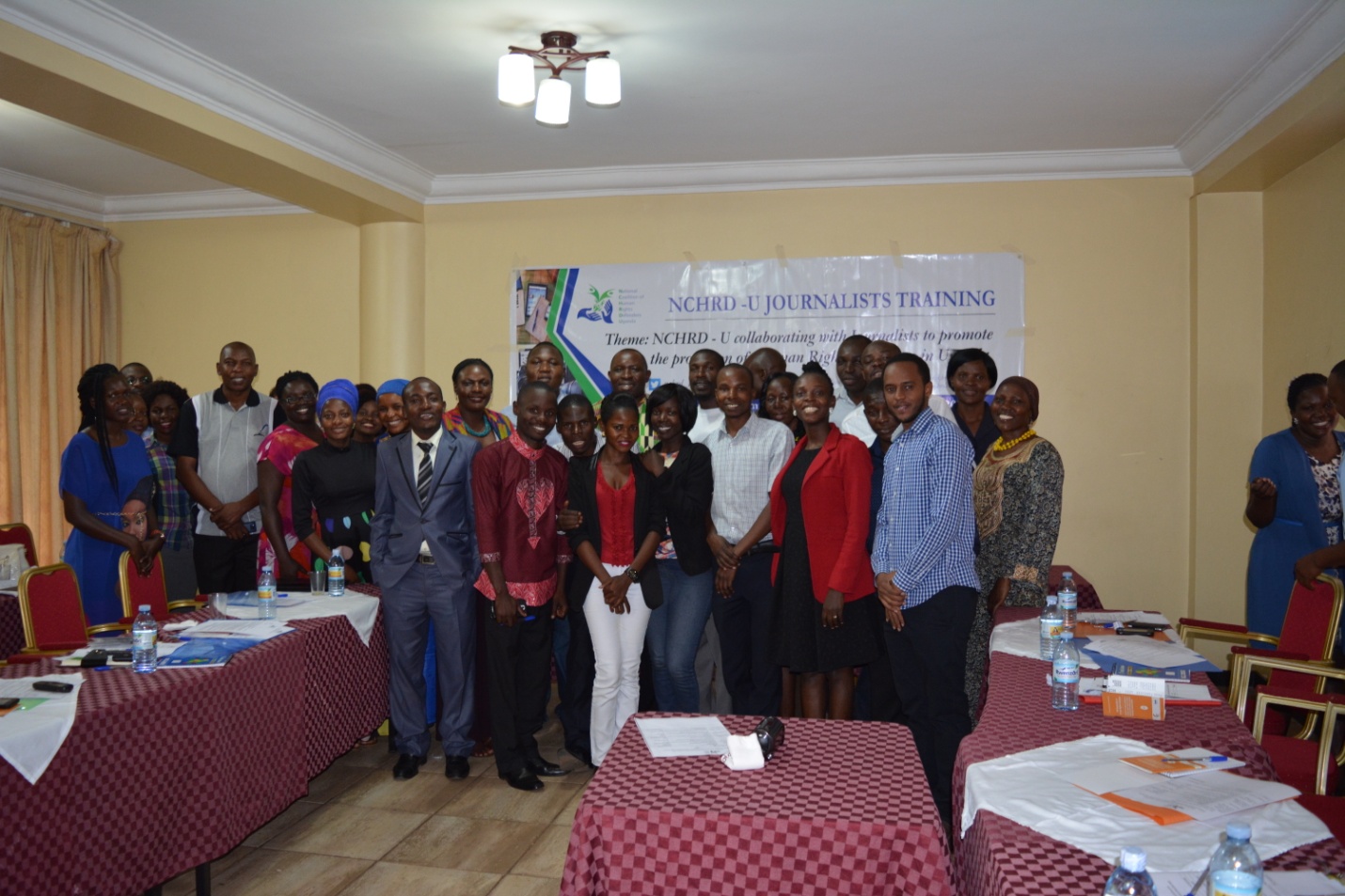 The training objectives were: to raise awareness of Journalists on the UN Declaration on Human Rights Defenders (HRDs) as a global instrument for HRD protection, establish the level of national media coverage of human rights issues, to enable journalists to appreciate and understand their role in promotion of human rights and the protection of HRDs and discuss ways through which media coverage on human rights issues and the plight of Human Rights Defenders can be increased and improved.

Key sessions that were conducted include: an overview of the UN Declaration on Human Rights, understanding journalists on the frontline of human rights defense and experience sharing with the Human Rights Defenders. The Journalists appreciated the discussions acknowledged its relevance and importance to their work. They valued the eye opener; that they could play a fundamental role in the protection of human rights and HRDs using the various media channels including: television, radio and newspapers, through which they can expose human rights abuse and question state actors on fulfillment of their roles in upholding human rights. They noted that they would publish articles explaining the role of HRDs and clear up misconceptions and allegations about the works of HRDs.

The Journalists also encouraged closer collaboration between the human rights defenders and the media and Parliament to increase the visibility of human rights issues.  While delivering his remarks, the President of the Uganda Parliamentary Press Association Mr. Isaac Midas said that UPPA is committed to protecting and promoting human rights issues as well as the protection of HRDs. “ we journalists should be aware of limitations to the freedom of opinion and expressions in the country. The National Coalition of Human Rights Defenders should explore engagement of the Parliamentary committee on Human Rights especially with the increasing trend in office break-ins with a view of holding the investigative departments of Uganda Police Force accountable” .He said.

Addressing the trainees, Robert Sempaala, the National Coordinator for Human Rights Network for Journalists said Journalists play a critical role in the protection and promotion of Human Rights. They provide news, which is just a portion of their work. The Journalists are also human rights defenders in their own right.

At the end of the training, NCHRD-U in collaboration with its Regional Focal Persons issued a press statement, urging the Government of Uganda to ensure the promotion and protection of human rights and HRDs in the country. They highlighted the plight of HRDs and called upon the different sections of the public to protect them. The press statement also called upon the state to ensure prompt and fair investigations when violations are committed against the HRDs. They also recommended that the Uganda Human Rights Commission (UHRC) ensures effective monitoring, documentation and reporting not only of human rights abuses, but also the situation of HRDs in Uganda. NCHRD-U implored Civil Society Organizations (CSOs) and HRDs to enhance collaboration, partnership and engagement with NCHRD-U for the protection of HRDs.

The half day training attracted 40 participants including 25 journalists from print and electronic media houses drawn within Kampala and surrounding areas, and 10 HRDs from eastern, central, western, northern Uganda.