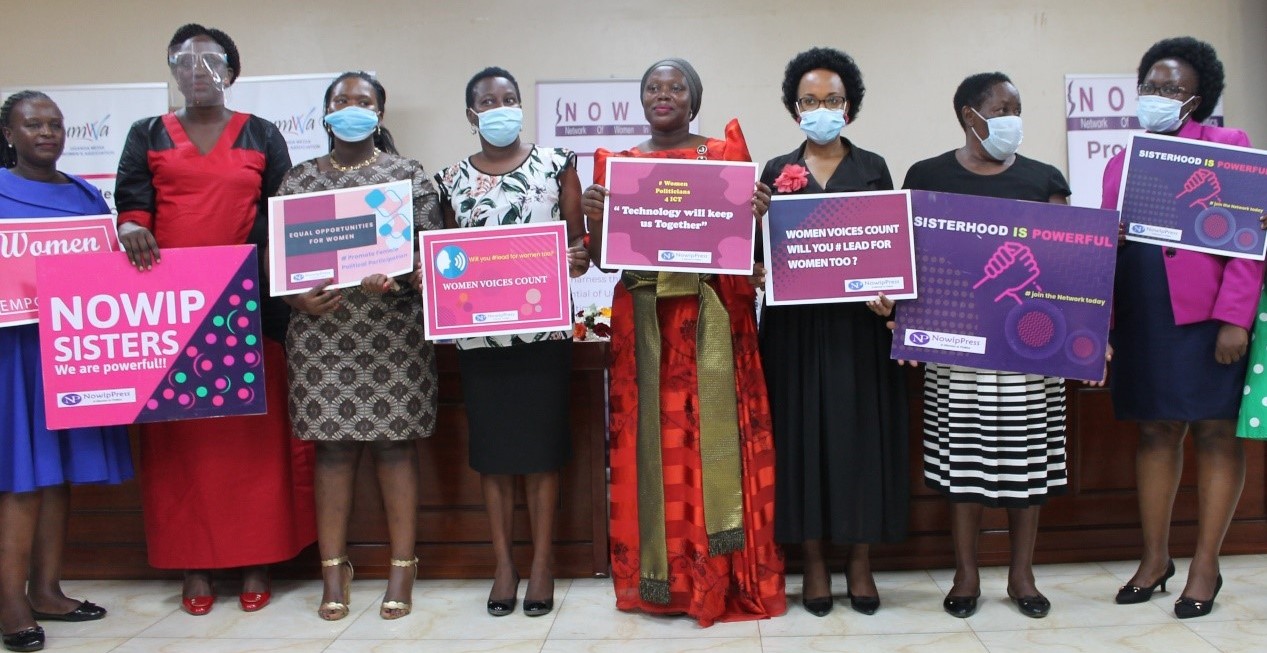 The dialogue aimed at strengthening and promoting the network between women in politics and media practitioners. It also provided a platform for invited women in politics to share their experiences on the use of media in the 2021 general elections.

"I was the only opposition candidate in Zombo District but I had very limited media coverage," noted Sarah Adong, Woman MP aspirant, Zombo District. On her part, Betty Ethel Naluyima, Woman MP elect, Wakiso District appreciated the role the media played in promoting her, which contributed to her victory.

Speaking at the dialogue, Stella Kiryowa, the Deputy Executive Director of Nowip, applauded its members for the work done in the election season. “Nowip is proud that its members won 47 MP seats, 273 Local Council seats and 3 Mayoral seats in the 2021 general elections,” Kiryowa noted. She further noted that Nowip is a non-partisan platform, adding that what affects one woman in one party, affects another woman in another party. She encouraged those members that did not win any seats this time not to lose hope, but to stay focused.

Margaret Sentamu, the Executive Director of UMWA, encouraged women in politics to gain knowledge to articulate needs of the people, adding that they need to be strategic and available to catch the eye of the media. She further noted that media have a responsibility to be gender sensitive, and work towards becoming transformative. She also called for more trainings with women in politics beyond the Kampala region.

The Democratic Governance Facility (DGF) supported NOWIP in view of the important role played by women as key actors in promoting good governance of any society. Women in politics are encouraged to continue using media as a tool for advancing gender equality and social justice.

The DGF is supporting UMWA to implement interventions that seek to improve the representation and recognition of women in leading positions and as election candidates through the use of media as a tool for advancing gender equality and social justice.

END_OF_DOCUMENT_TOKEN_TO_BE_REPLACED

DGF Annual Report 2019
Mid-term Assessment of the State’s Progress in the Implementation of the Recommendations on HRDs under the 2nd cycle of the UPR
DGF Quarterly Newsletter: July to September 2020
Special Newsletter on DGF Implementing Partners’ Response to COVID-19, Issue 3, July 2020
END_OF_DOCUMENT_TOKEN_TO_BE_REPLACED